Is there a heavy metal fan alive who doesn't like Iron Maiden? There aren't many bands that are as universally loved. They may have been forgotten by fairweather fans for a brief period over their 40-year career, but a band this good will never stay under for long. The songs, image and attitude are timeless. Though Maiden have a very lengthy discography, I personally like the Paul Di'anno period the most. No doubt he was a bad seed (to put it mildly) as he readily admits in his book 'The Beast', but one really can't fault his vocal performances on record, the rough edge quality, the subtle harmonies in his double-tracked yells, and just the hypnotic delivery of each word. He really was a better singer than he gets credit for. Of course Bruce is far more professional and reliable but Killers is my favourite album and that to me encapsulates all that is great about Iron Maiden. What's also remarkable about Maiden is that they pretty much stormed to success right out of the gate; apparently their debut album racked up sales of 350,000 in 1980 alone. Without the benefit of MTV, the internet, or actual radio play (i don't think the Heavy Metal Soundhouse DJ sets really count), 350,000 'punters' bought their first album the year it was released.
​

This guitar might look a little 'understated' in comparison to some other 'heavy metal' signature guitars. I think the fact they don't look anything special at first glance and were rather overpriced is what led to its eventual discontinuation. The subtle tweaks aside from the vintage cream Dimarzio humbuckers with flashy metal rings, is the nitro lacquer finish and 3-way switching. While those are really nice touches, that's just a souped-up Fender Vintage 57 reissue or something isn't it? For a USA guitar, Fender wouldn't even put a Floyd Rose on it for the price! They eventually did... on the Made In Mexico version, which is less iconic in my opinion, and the only Dave Murray model available now. 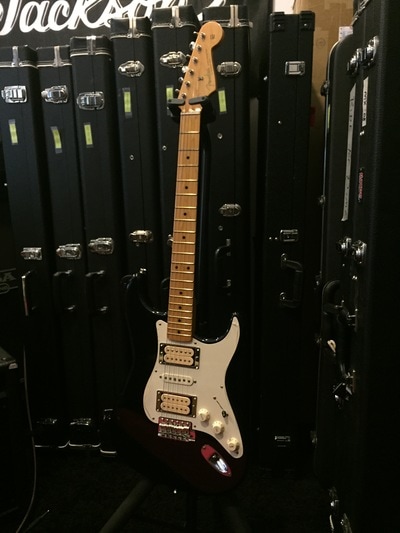 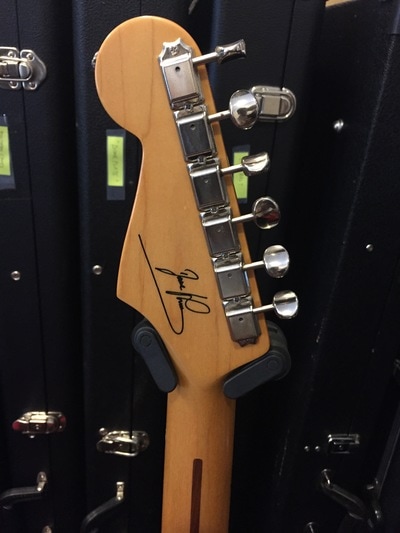 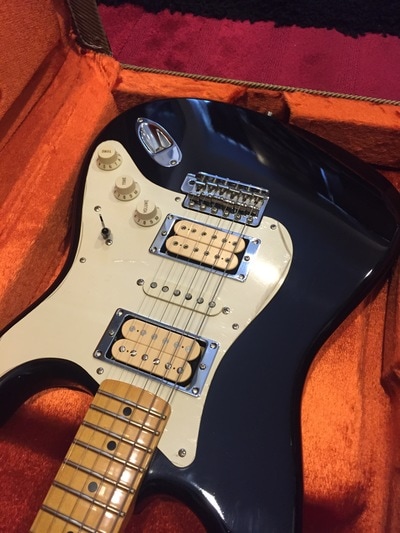 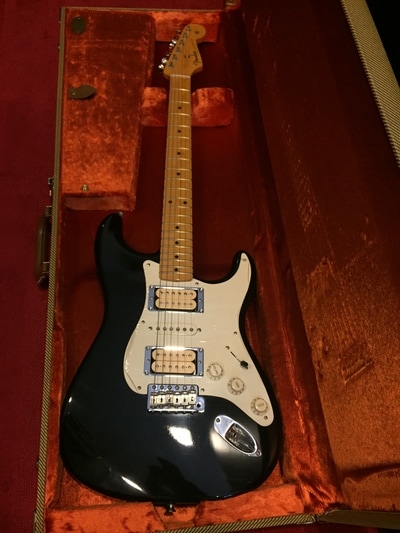 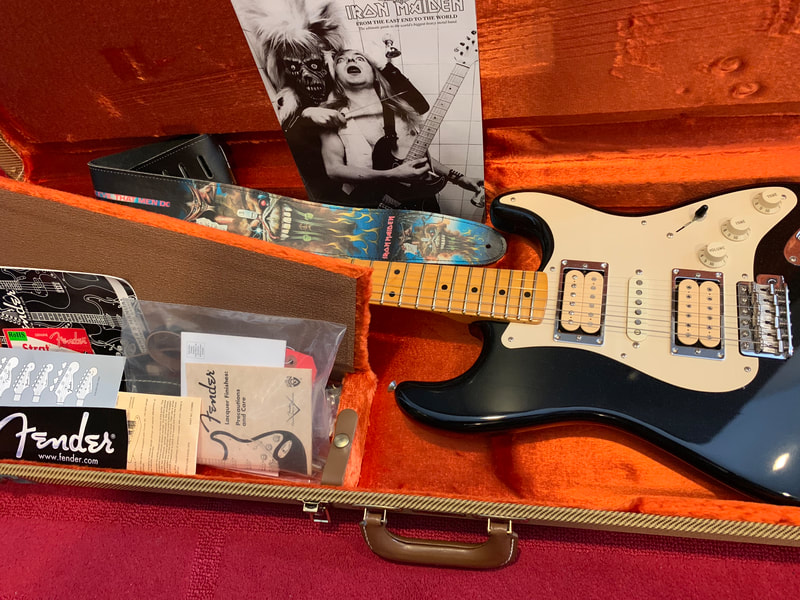 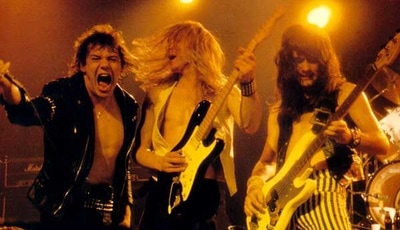 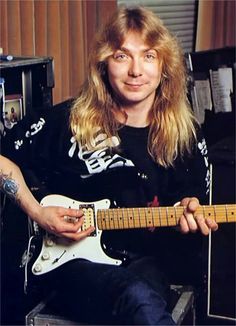 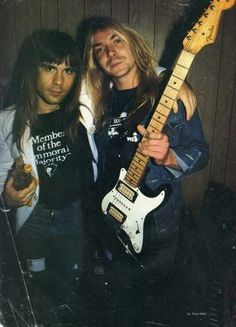 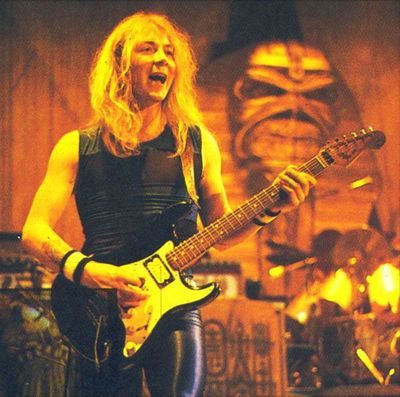 Throughout the years from when Steve Harris first dreamed of being Pete Way, to becoming the leader of the most beloved heavy metal band of all time, he has remained steadfastly loyal to the Fender Precision Bass. This is the very first version of Steve Harris signature PBs, Crafted in Japan, produced between 1998-2001 only. Back then Maiden was in a slump; nobody was giving a shit about them, pogo-ing in baggy jeans to Korn and Kid Rock or whatever, so leave it to the Japanese to hold up the irons and even put out a signature model. Since then this version has become prized indeed. Compared with the current made in Mexico ones, notice immediately the presence of Eddie/Iron Maiden logo on the headstock, the unique shade of blue (not the standard Fender Lake Placid Blue) vs current glittery blue, and a claret pickguard instead of a mirror one. The significance of this, is that the blue/claret combination, same as on his wristbands, represents the colours of Steve's beloved West Ham United FC. 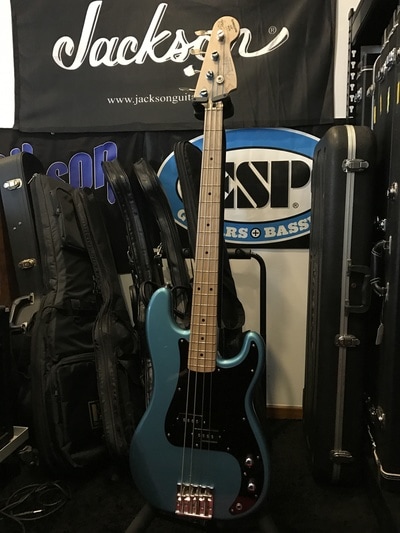 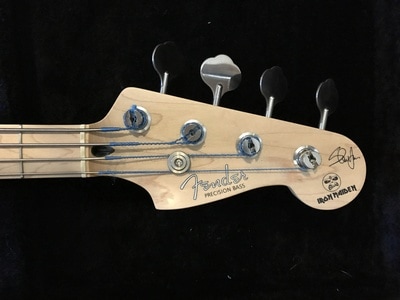 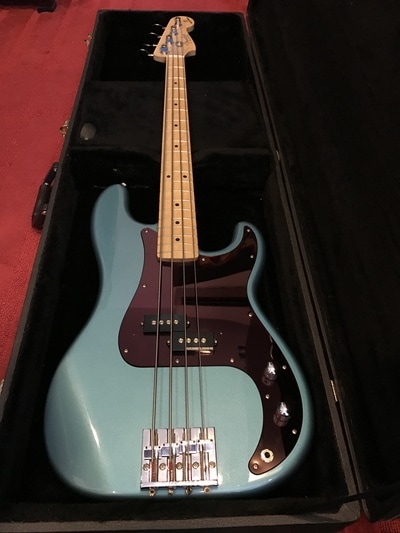 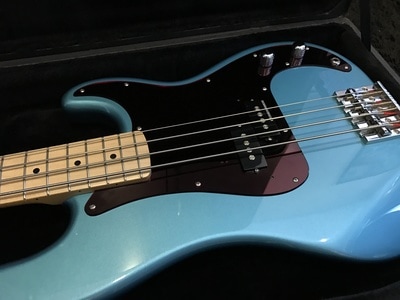 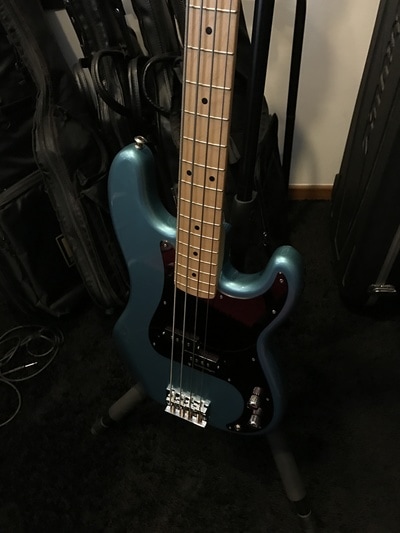 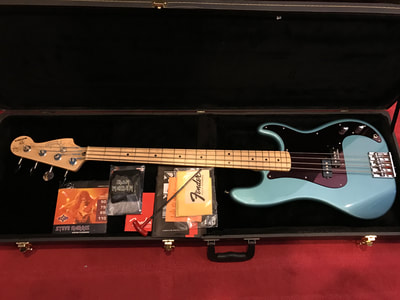 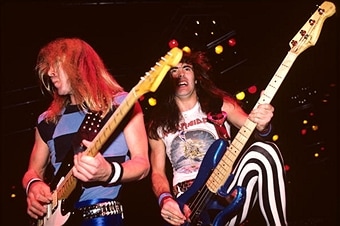 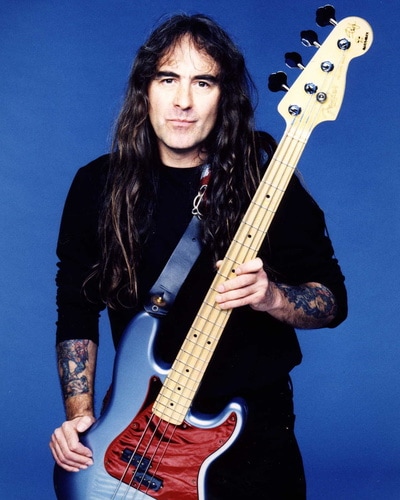 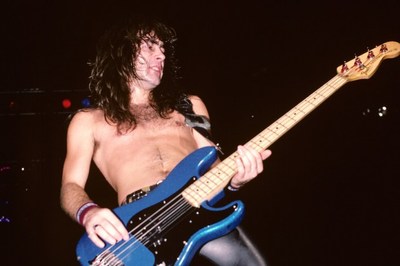 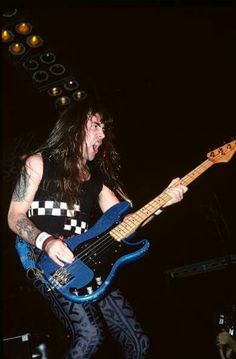 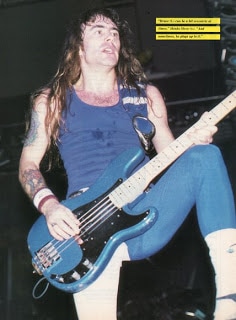 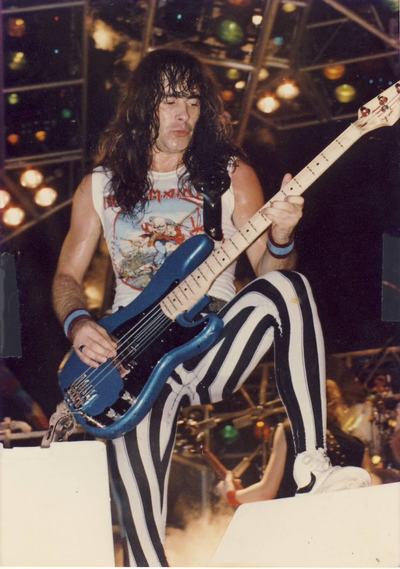