In the world of rock guitar, there are few more respected names than Yngwie J. Malmsteen. He is of the level of Jimi Hendrix and Eddie Van Halen in the scope of his influence on guitar players. Regardless of his personal transgressions (minor compared to many other rock royalty), anybody who plays rock guitar should bow down and respect his mastery of the instrument. Besides that, he lives and breathes the rock star life and is always in stage attire. At home he has a guitar in the toilet that can be hooked up through to his home recording studio. Have you ever seen a picture of him in a t-shirt and shorts? Wearing anything resembling ordinary daily clothing? Driving around in a Toyota. No. He looks like he is ready to rock 24/7.
Of course having been in the scene for so long, there are many who are quick to denounce him for "always playing the same old thing". This is an ignorant statement. Whoever says that has clearly not listened to his work properly, and is simply jumping on the bandwagon to trash things that are not in step with the hipster flavours of the day. First and foremost, you cannot simply compare him to other guitarists because Yngwie is a composer. He writes all the parts for all the music including vocal melodies, bass and drums. He is, to many of his true fans, not simply a revolutionary guitarist, but a great songwriter. I will simply take his first 8 albums up to Magnum Opus as proof as they are chock-full of inspired riffs, creative melodies and hooks, without even mentioning the inhuman guitar playing (tone, feel, precision). Can anybody say that Viking, Crystal Ball, or Voodoo from across the years sound similar at all and can't stand on their own as individual, memorable rock songs? Let me assure you simply shredding away on instrumental music versus writing a song are two different skills altogether. Not many people can do both. And if that's not enough, his own singing is killer, too!
​I don't know what's up with the new guitar crowd trying to be anti-rock with their Strandbergs & Axe-Fx, pork pie hats and polyrhythmic/djent gymnastics but that stuff gets old fast. Those aren't songs, folks, those are noises and techniques. How is
'djent' even a thing?? It's unlistenable for longer than 10 seconds. 10 years on who is gonna remember this shit? And Yngwie will still be right there at the top with his Strat & Marshall, just kicking ass.

I know what you're thinking... like me, you saw the ads back in 2012, was intrigued and then you found out the price, and dropped the idea. And then it pretty much disappeared from the public eye. Yes it is pretty expensive at almost twice the price of a new USA Yngwie Strat. But to put it in perspective.. signature acoustic guitars are never cheap, and in fact almost certainly more expensive than electric models. Take a look at the USA PRS Alex Lifeson or Taylor John Petrucci models for example. By comparison this is a bargain. Acoustics are simply more labourious to produce and the demand is rarely high enough to justify the costs, it's a wonder they are even made at all. Ovation only make 6-10 a year of these. Or course I wish it was cheaper, but I had a lot of time to think about it as I had never actually seen one available in stock new or used. So I finally ordered one sight unseen and once I held it in my hands I knew I had made the right decision. This US-made Ovation is a different animal than possibly any acoustic you have ever played, with a perfectly scalloped ebony fingerboard, 24 fret slim and lacquered five-piece neck, with ultra low-action that plays like an electric. The white finish is actually pearlescent. The guitar is solid and perfectly balanced, and with eyes closed feels like you are playing an Yngwie Strat. This really is an engineering marvel, with every detail on it bespoke Yngwie Malmsteen. 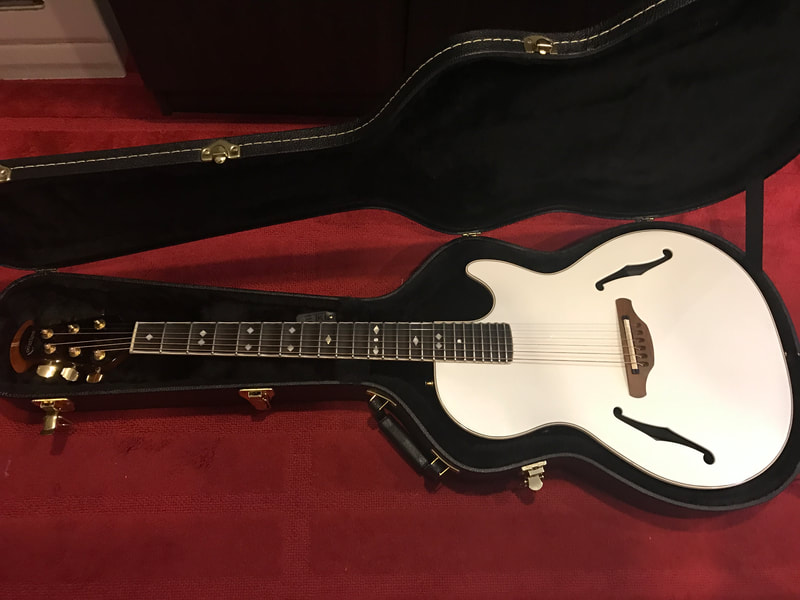 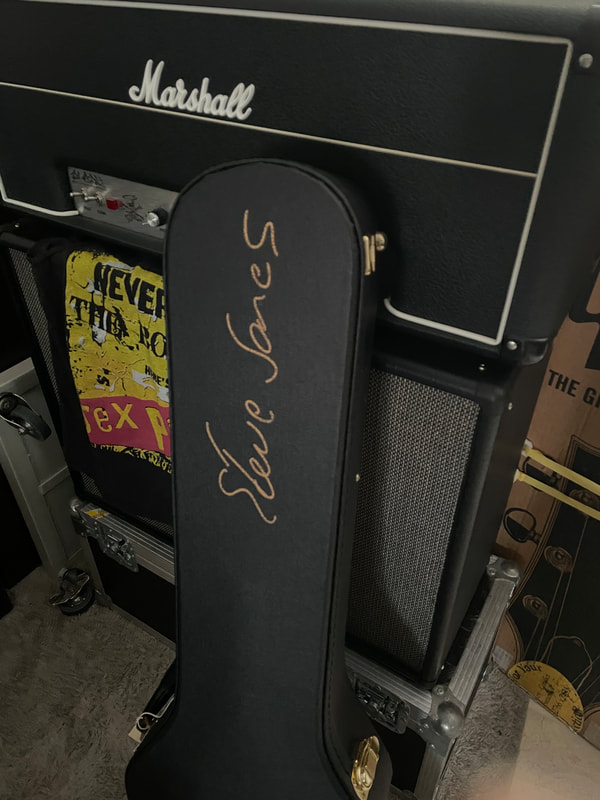 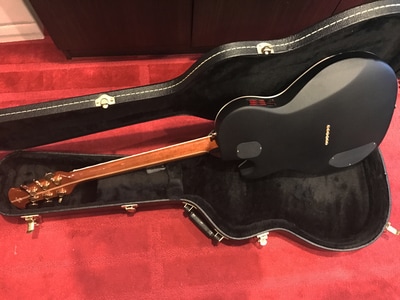 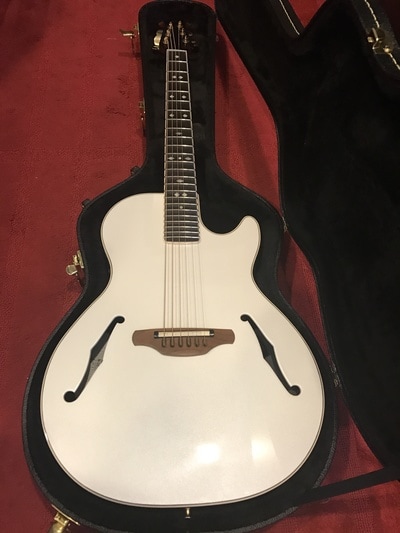 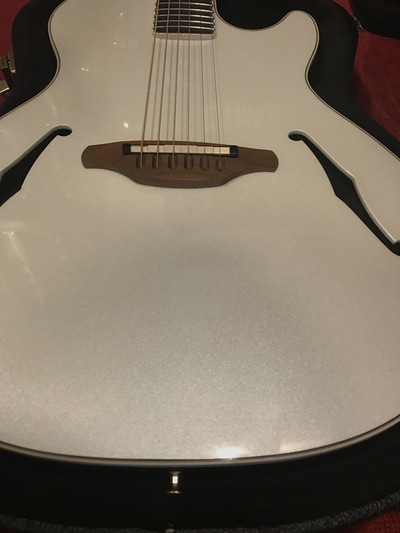 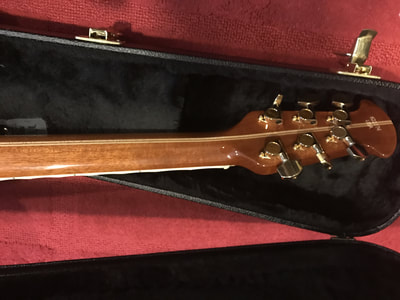 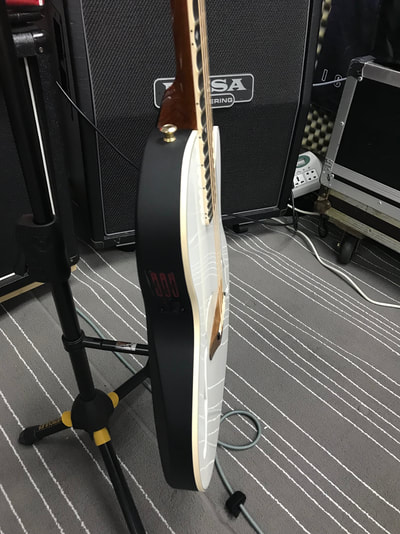 This is the sister to the above, the YM63 nylon string classical version. It has a typical classical style fretboard, but a slimmer mahogany neck, and a slim profile bowl-back Viper body which may be the only of its kind for a classical guitar. 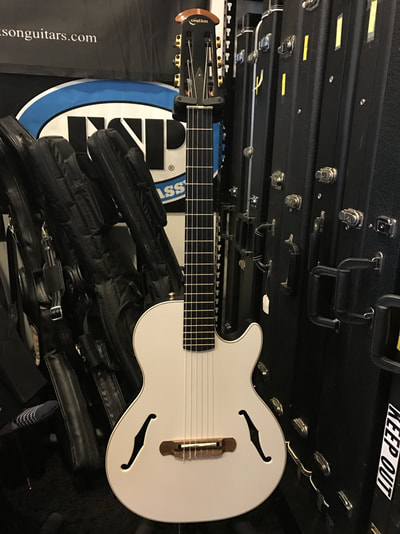 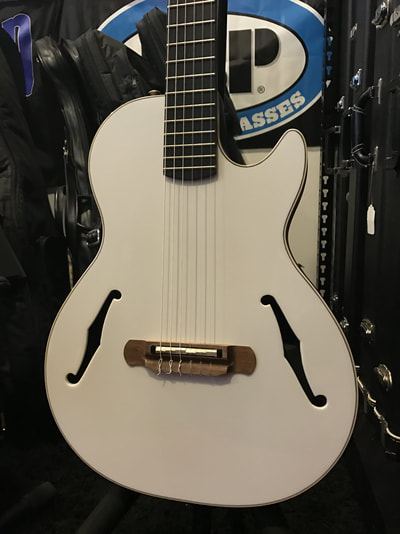 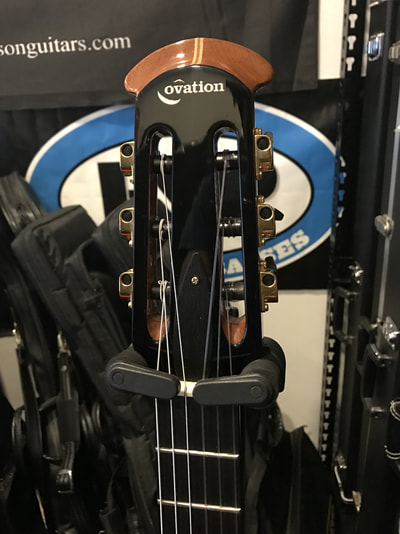 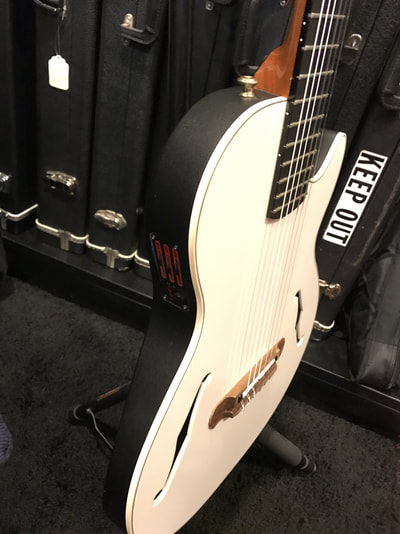 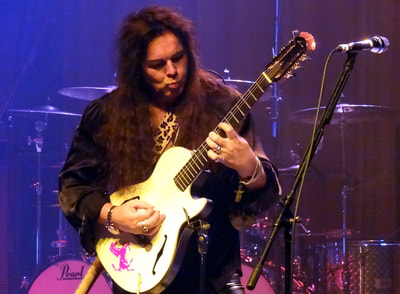 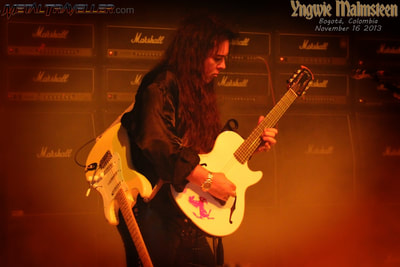 This is just a typical mid-2000s USA YJM Strat, that is not difficult to get at all considering the Fender YJM strat has been in uninterrupted production since 1988. A fact that may have slipped past the casual fan is that Yngwie was the very first artist to receive a Fender signature model. Ever. Ahead of Eric Clapton, Ritchie Blackmore, and whoever else. What's even more amazing about that is its constant popularity in all that time where many other signature model guitars have come and gone. People have been buying this non-stop for almost 30 years now. This really says enough about his influence on rock guitarists since he burst onto the scene. The ubiquity of his signature Fender Strats in any incarnation, prove that they are dependable, versatile instruments. 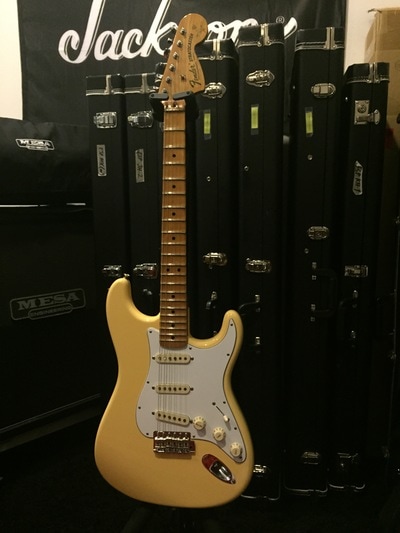 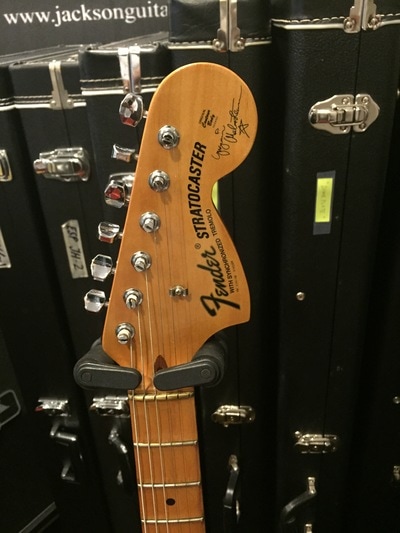 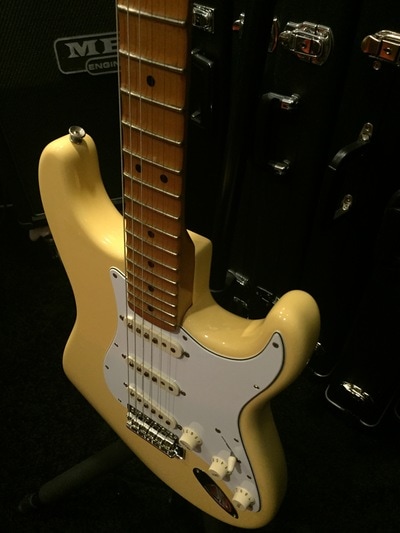 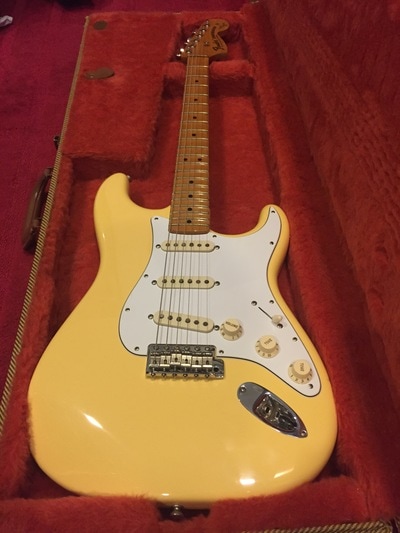 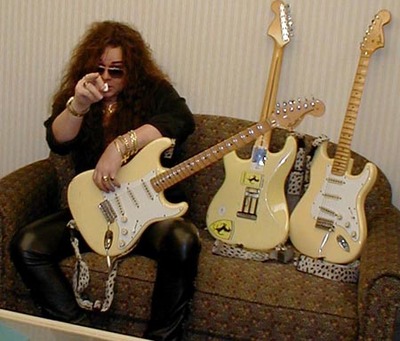 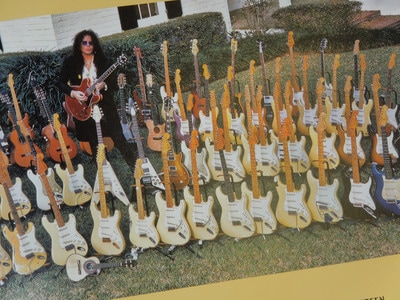 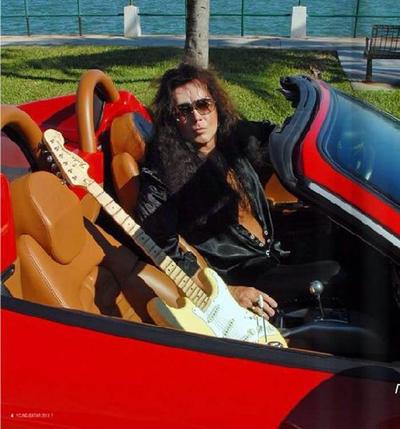 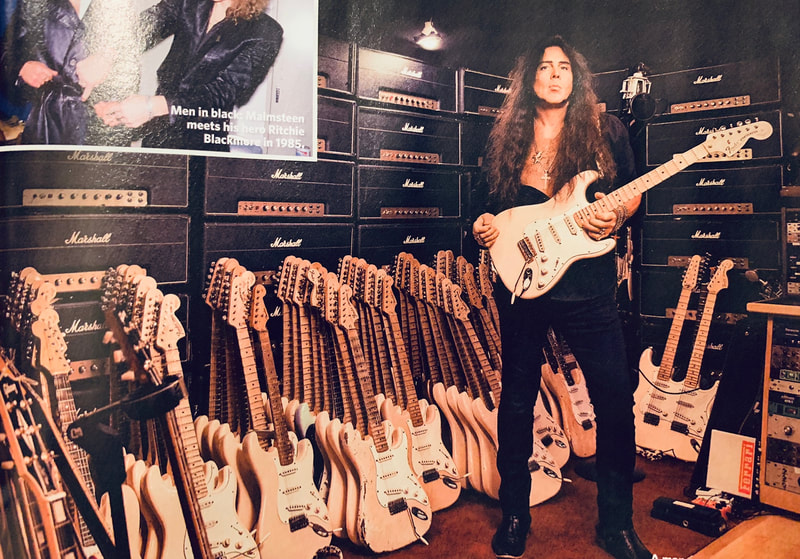 More on this in the Amplifiers section.