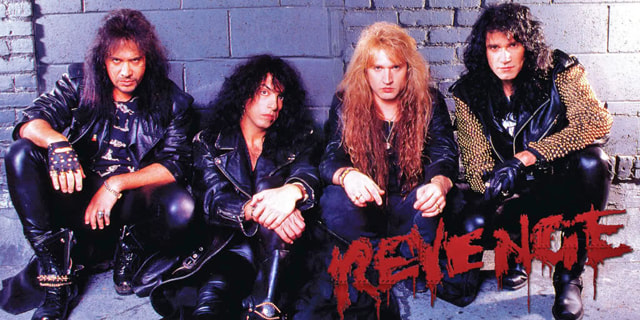 Yes, this is a band that is a total and complete sell-out, and exploited every gimmick in the book (probably created most of them too). They followed every musical trend from rock to rock-lite, to disco, proggish concept album, glam, grunge (Carnival of Souls?) before settling on and retiring on the nostalgia spectacle circuit, playing only the 'classics' for the last 20 years.
The argument is that KISS was always meant to be experienced live, rather than be judged purely on their recorded output. They would never be the critics' choice but one could say even at their most simplistic, their worst stuff was never as bad as the worst stuff from other shock-rockers like say Twisted Sister or WASP. They were OK. There were some good cuts. Some glimmers of sophistication. Paul Stanley had one of the great rock voices of all time. Ace had a style that was charmingly goofy, and of course he just looked cool onstage. Gene in my opinion is underrated as a bass player. Though some quarters of the public seem to loathe him for his behaviour & comments, but purely from a musical standpoint, his basslines & harmony vocals are often overlooked, his musical contributions overshadowed by his over-the-top persona. And having read his 'self-help' books, I actually tend to mostly agree with his points of view, though I probably wouldn't put them across so brazenly. I think that's where he gets misunderstood by the public. Because there are also many accounts by his peers and people who have worked with him, of Gene being warm-hearted and generous in person.

I was learning guitar and in my first band right just before the time of the first KISS reunion mania (in the band we had 'Forever' in our setlist). In fact my very first 2 albums were the non-makeup KISS: Unplugged and Revenge, which in hindsight are really among their best. (Unplugged, for example, is not only the best sounding KISS record, but one of the best 'unplugged' albums ever made by any band, period) I was following their escapades in the rock mags and the fan-sites or "homepages" as they were known in the nascent world wide web.*  There wasn't youtube or streaming yet either, and they weren't ever played on local radio (except for a couple of tracks from the MTV unplugged album) so you either had to buy the albums or guess what they sounded like. Eventually I did get all their albums, right up to Psycho Circus, which went back to the disappointing juvenile rock sound. I say disappointing following the promise of the prior Revenge-era lineup with Bruce Kulick and Eric Singer whom I feel kicked the musicianship up several notches, before getting canned in lieu of the Second Coming reunion lineup.

* (side note: If you are too young to remember, official websites and facebook pages for bands didn't always exist. Creating a web page of anything required at least some HTML coding expertise, and KISS was probably the band with the most web content made by fans in the early days of the WWW. Though Megadeth is credited for having the first official website for a band.)

This is a USA Ace Frehley Les Paul. Always wanted one but could never afford one of the '300' Custom Shop ones. Just a great rock guitar with the Dimarzio Super Distortions. 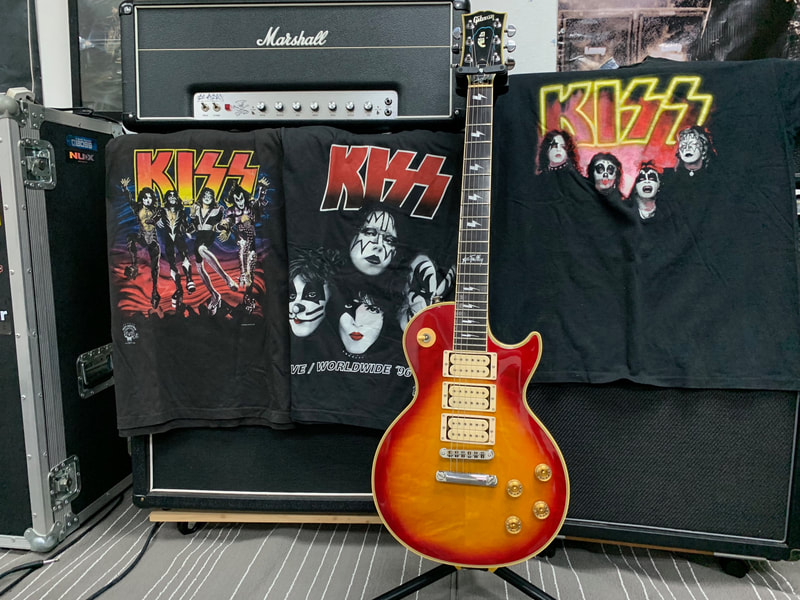 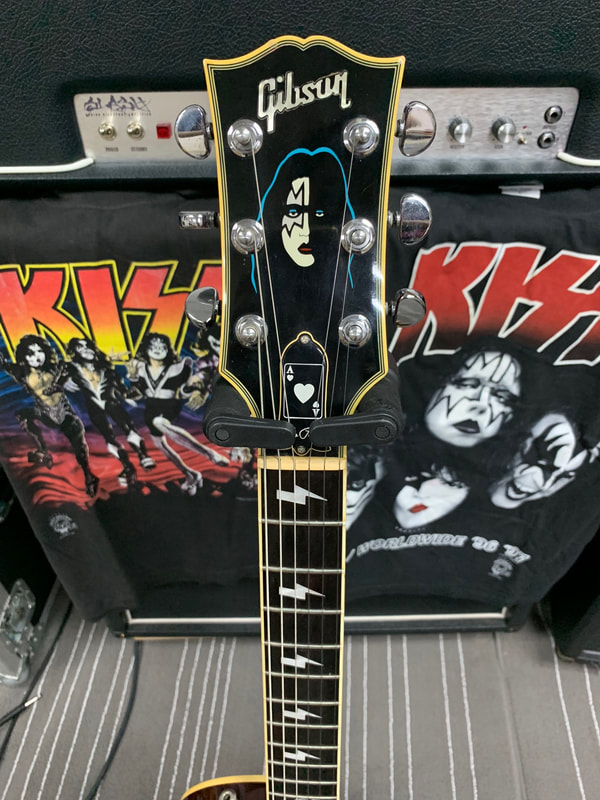 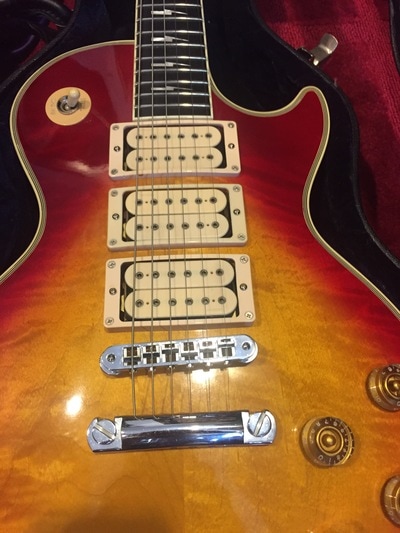 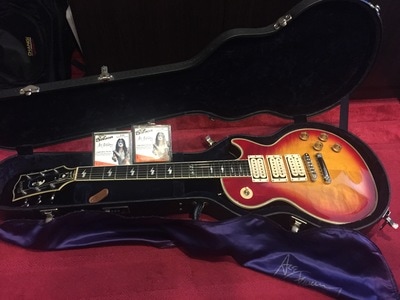 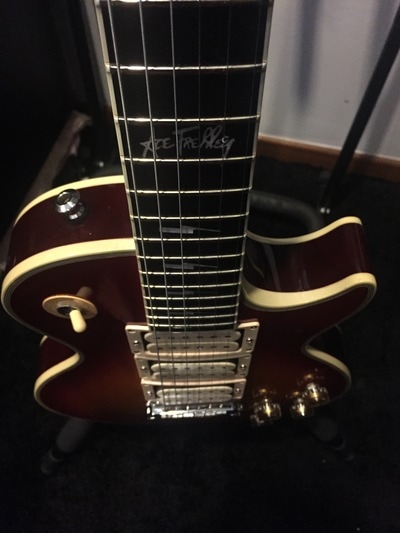 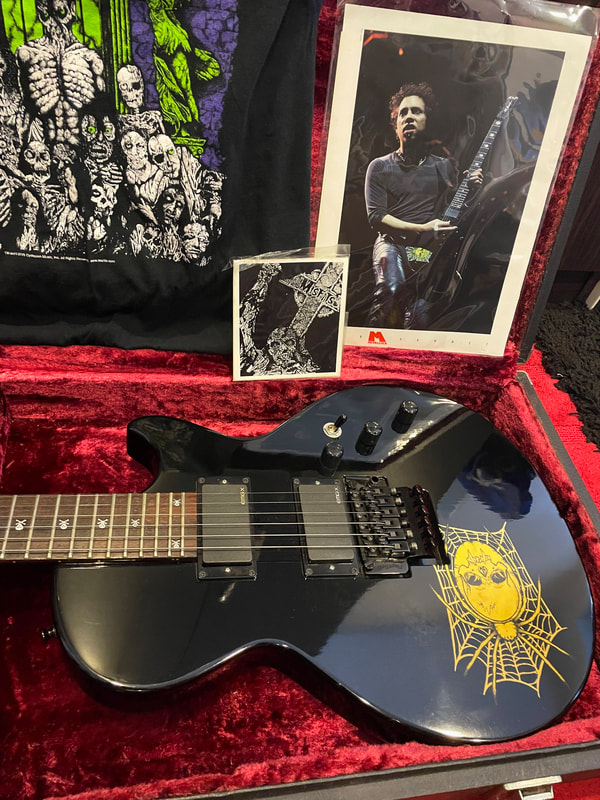 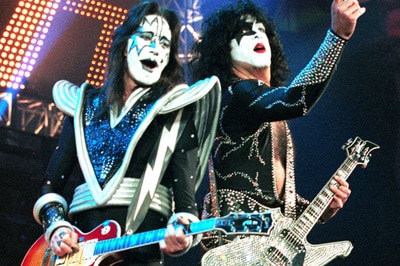 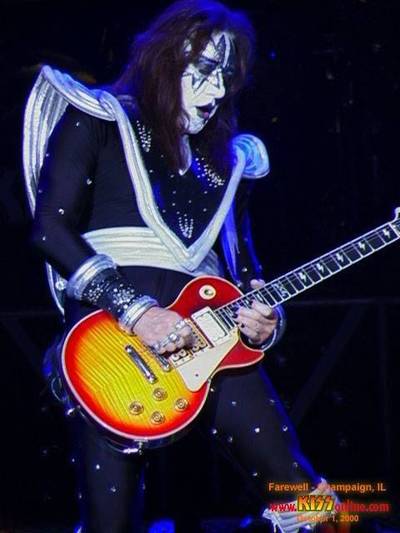 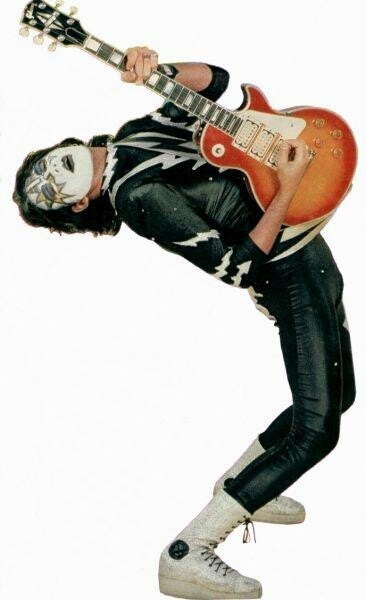 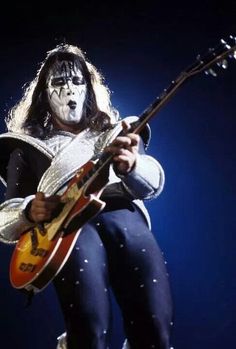 Not even being a bass player, I just always wanted one in natural finish. I did have a black Punisher for many years and sold it, regretfully. This is from the original limited run in 1997-98 released under the 'Gene Simmons' brand. The Punisher in natural finish is extremely rare. Only a handful of these and the tobacco finish were made. The other Punishers in existence are probably 90% black. They are actually pretty well-made. He didn't deliver a subpar product.