A Japan market replica Fender 70s Stratocaster made by ESP Edwards. In the style of rifflord Ritchie Blackmore. They have a relic'ed lacquer finish and 3 Seymour Duncan Quarter Pounders. The fretboard has a very professional graduated scallop. These are superior in all ways to the current Fender Mexico signature models. Since I got one that I felt was so superbly made and affordable, I ended up getting a couple since they have been discontinued. Amazingly all types of Fender Blackmore signature Strats are still popular despite the guy having lost the plot for over two decades. Going on about his haunted clock and dressing up like a moody Cacofonix. Not taking anything away from the incredible music he created with Deep Purple and Rainbow, his massive influence on rock music is undeniable. But he seems to be a few steaks short of a barbecue if you know what I mean. Now making a sour-faced Rainbow 'comeback' at the age of 70 with some unknowns. What a character! 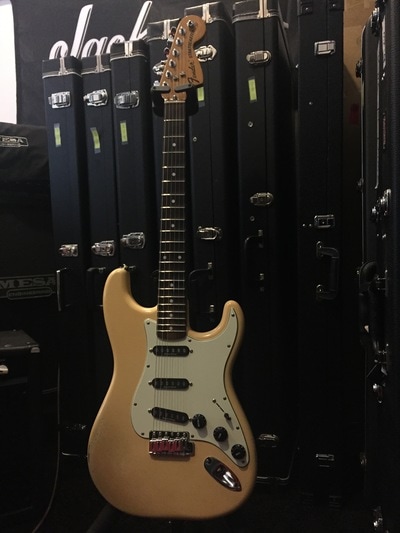 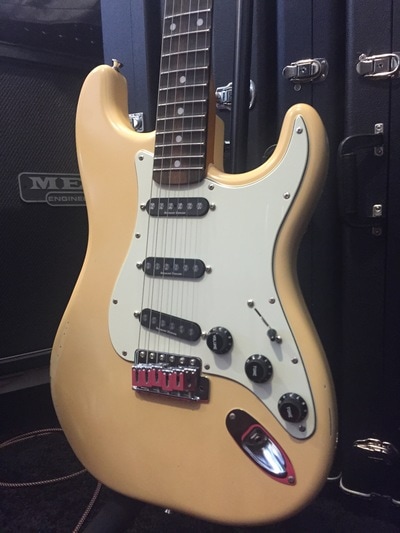 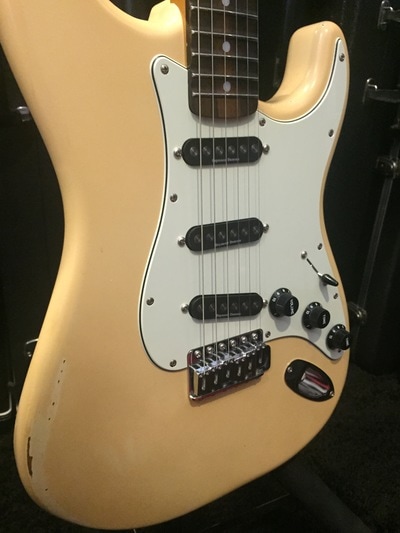 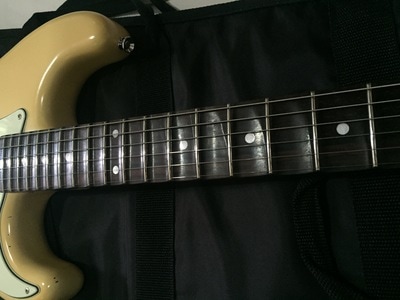 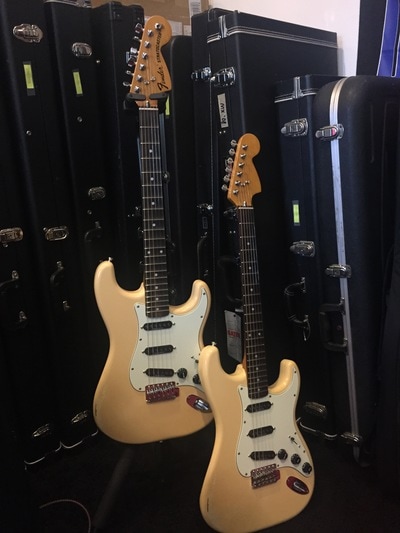 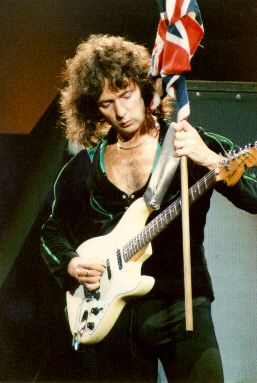 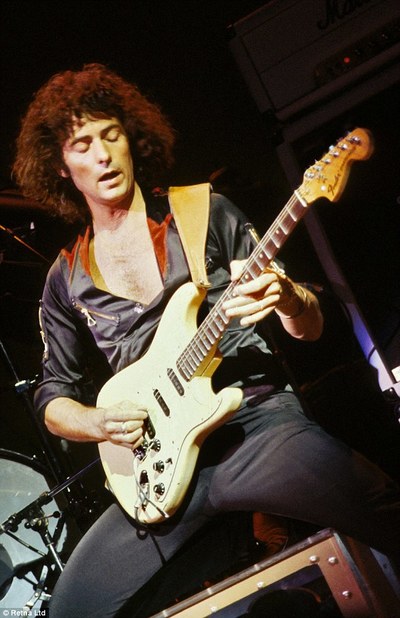 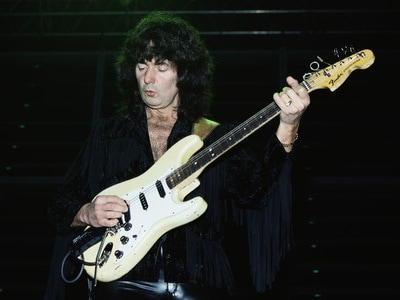 Here are 2 Kyairi custom acoustic guitars in the style of Ritchie Blackmore. Like the ones that were made for him by Japanese builder K.Yairi himself. One koa/mahogany steel string, and another red stain nylon string. This is not an actual Blackmore-endorsed model but clearly from the pics below we can see he had an affinity for such guitars with a single cutaway, f-holes, slim and small body profile. It is no coincidence that it also looks alot like the Yngwie Malmsteen Ovation model... clearly Blackmore was a HUGE influence on Malmsteen, and that wouldn't be the only thing that Malmsteen ever copied from him! 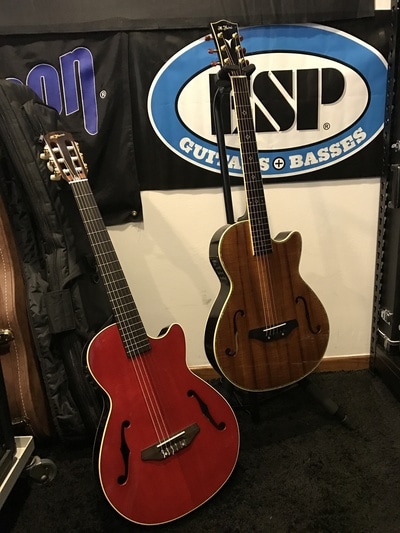 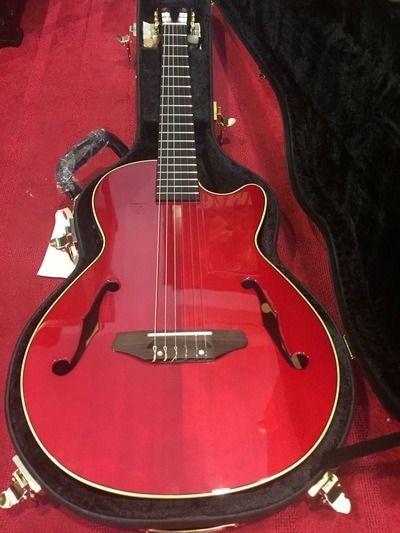 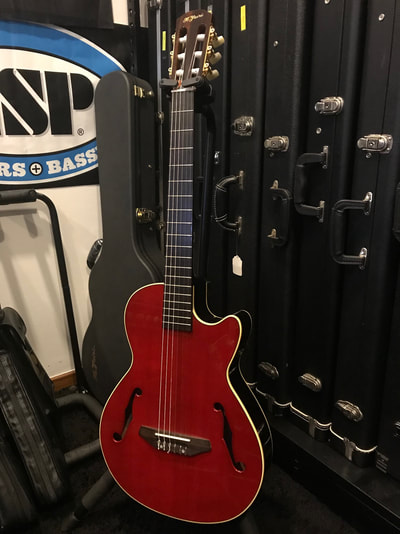 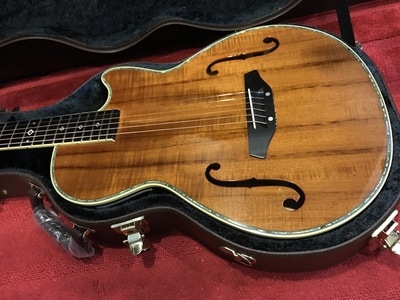 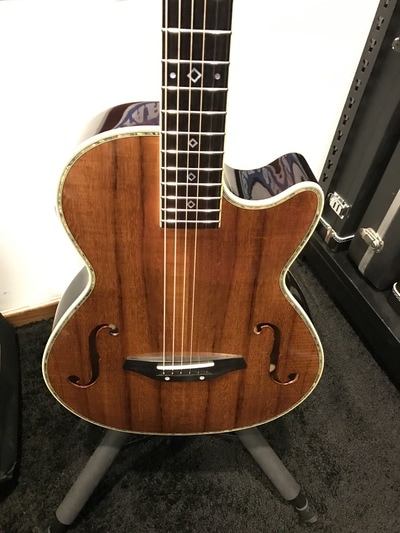 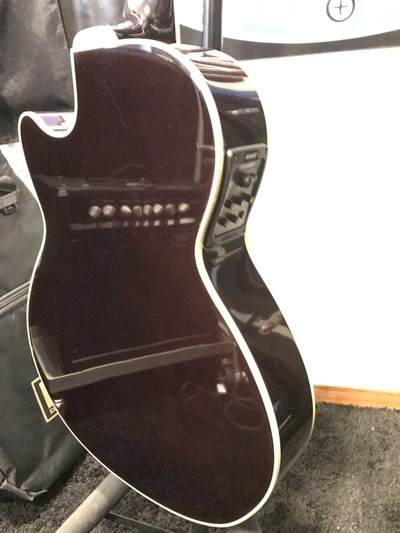 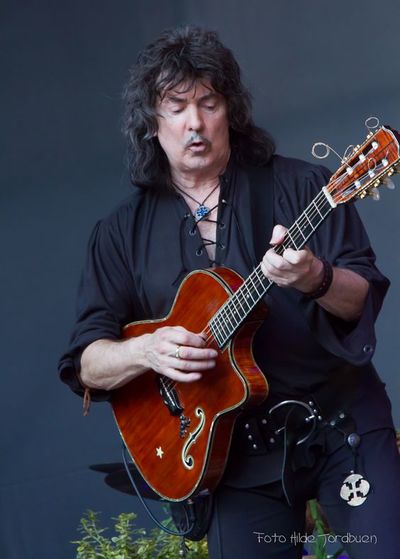 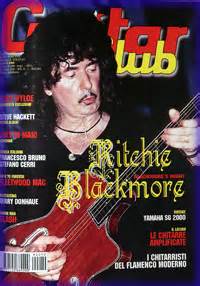 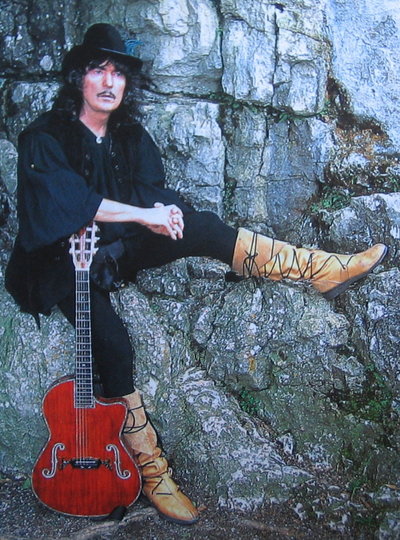 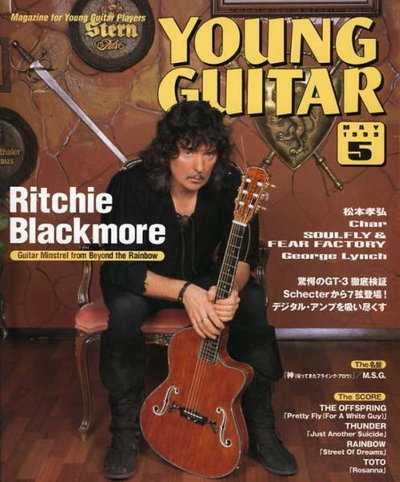 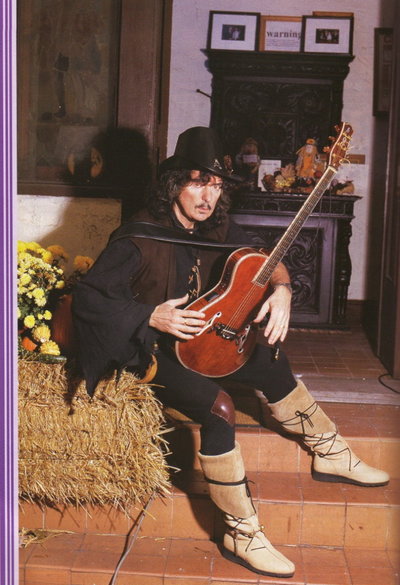 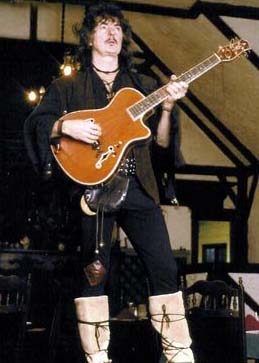