In the decade of aggression up to the mid-90s, with not a bad album released, for a while there Slayer seemed unassailable in their position as the flag bearers of thrash, while most of their contemporaries were toning things down hoping for mainstream acceptance. Image-wise they always kept it edgy and evil, I remember getting slightly nauseous watching the Live Intrusion VHS where the hopped-up fan got the Slayer logo cut into his arm. This doesn't seem so shocking today with the myriad of copycat or more extreme mutilations, but back then when you were watching the video for the first time you sure as hell weren't expecting that. And then, Slayer proceeded to melt your face in concert.

From the ESP Custom Shop the most elusive Kerry King model KKV blood crackle. Just a really killer-looking guitar that fits right in with the image and the music. Produced in VERY limited quantities (30-50?) around 1996-1998 and so, extremely rare today. EMG pickups, Kahler trem, PA2 gain booster, MOP eagle inlays, and a meticulously crafted paint scheme. 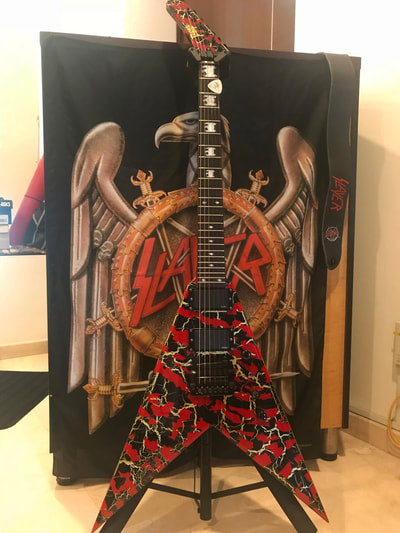 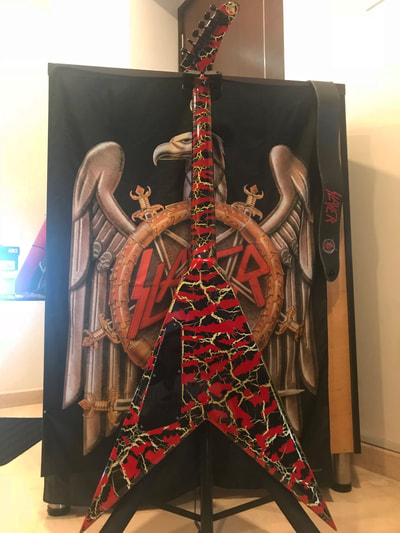 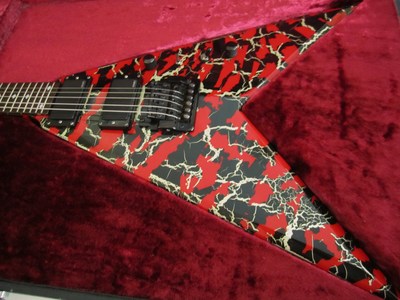 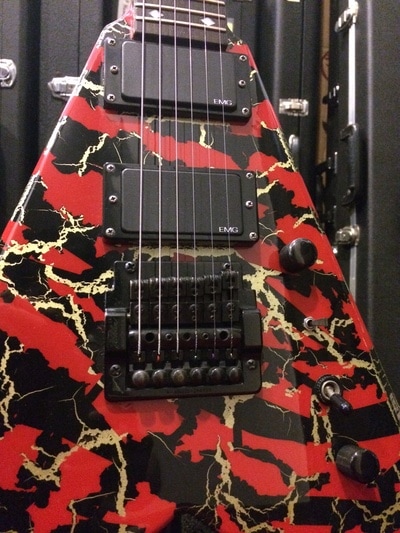 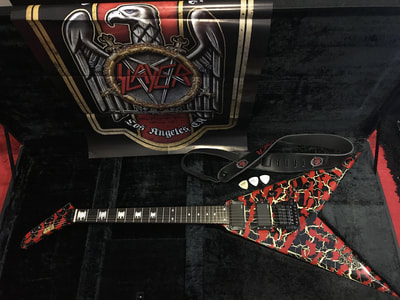 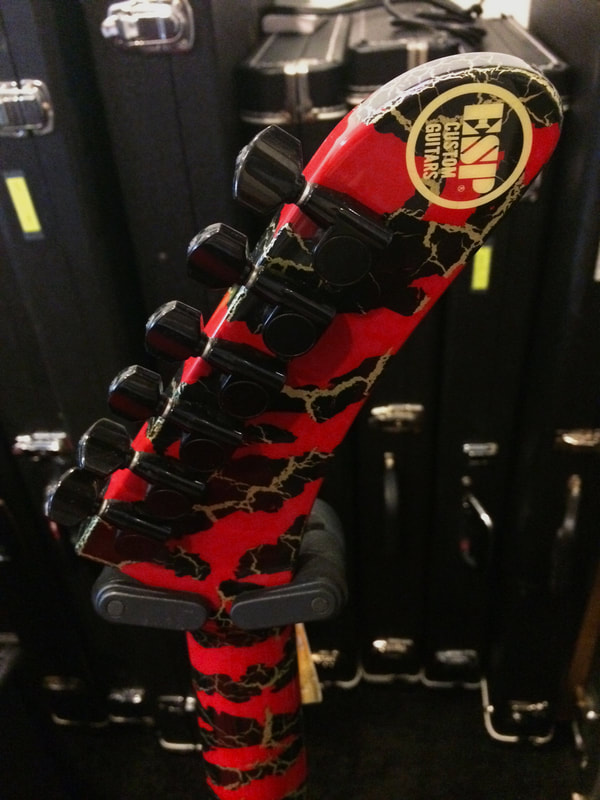 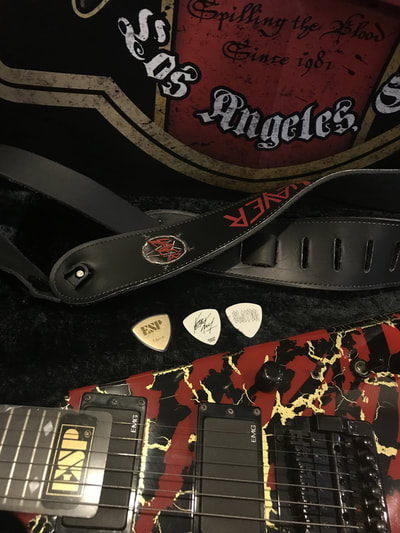 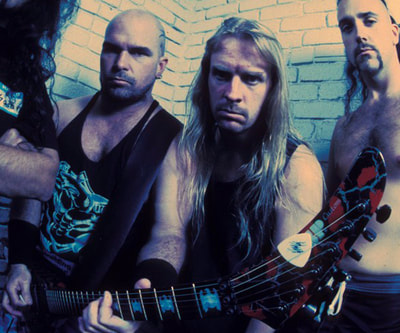 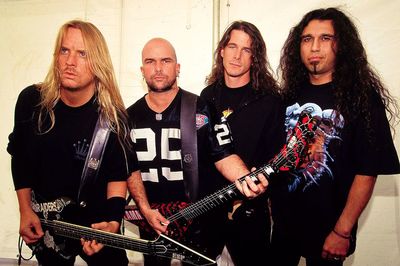 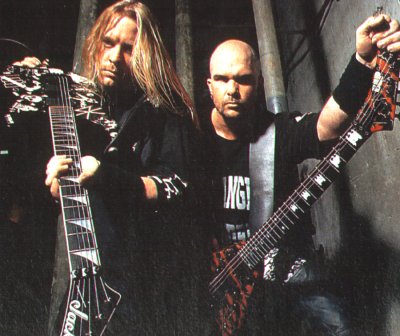 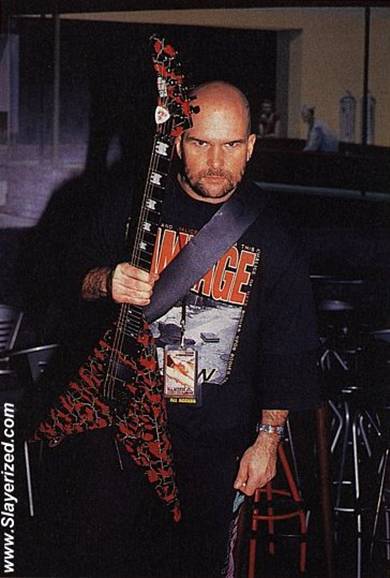 Controversial and extremely limited. There are something like 8 black, and 4 camouflage ESPs with the S&Key inlays. Or so it was thought. Here is one that is most likely a one-off from the ESP custom shop in an urban flecktarn camo. This also has a Floyd Rose bridge like the original run of Hanneman guitars, instead of Kahlers.
The original appearance of the S&Key inlay guitars in 2004 set off a mini-firestorm against Hanneman and the band for use of Nazi imagery. As you can see the symbols turned out to be the insignia for a Nazi Panzer Division "Hitlerjugend". That's in addition to the regular SS inlays in case anybody may have missed it. Once revealed, production was swiftly canned, and the label PR machine had to put out a spin. He pretty much kept silent over the issue, but any 'more than casual' fans could probably figure it out. Did Jeff Hanneman hold Nazi sympathies and beliefs? Probably not. Was he a Nazi admirer? Quite certainly, yes. He sure liked them enough to go out of his way to put them on his guitars and work them into band logos and artwork over the years. That much is obvious. Yes he was collecting 'WWII memorabilia' but you didn't see the 101st Airborne or the Scots Guards or the Royal Canadian Dragoons on any of his other guitars.
Why would a major company like ESP produce a guitar with known Nazi insignia on it? Well one only need consider Japan's role in WW2 to understand the lack of sensitivity to the issue. And it's not like they were tricked into making it for him, look at all of Jeff's customs, with the Waffen SS-Totenkopf and various insignia, Nazi laden stuff is about ALL they were making for him for a while! Anyway this guitar is here because it is one of a kind and has an interesting backstory as any collector would love. In terms of natural talent in the band, Lombardo's drums and Araya's voice get my vote, but from a songwriting aspect Hanneman was the key driving force and thus a huge influence on the metal scene. As for his views and beliefs whatever they may have been, RIP and history will be the judge. 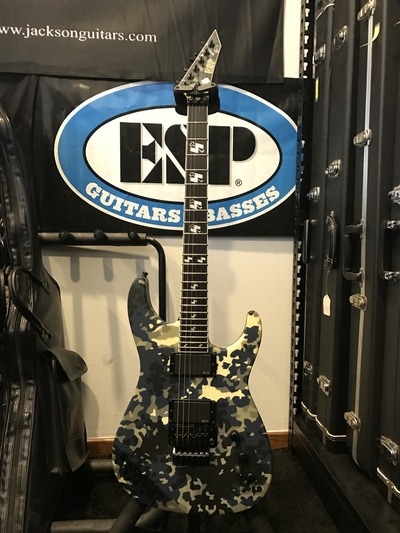 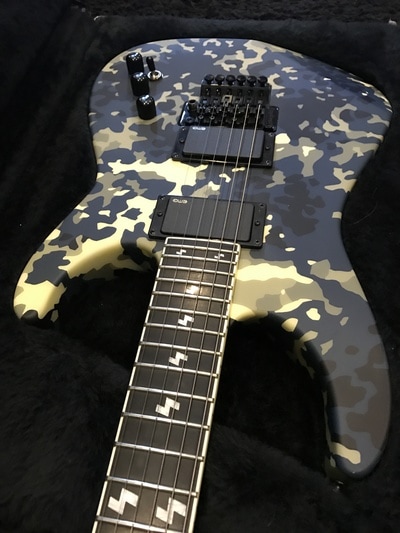 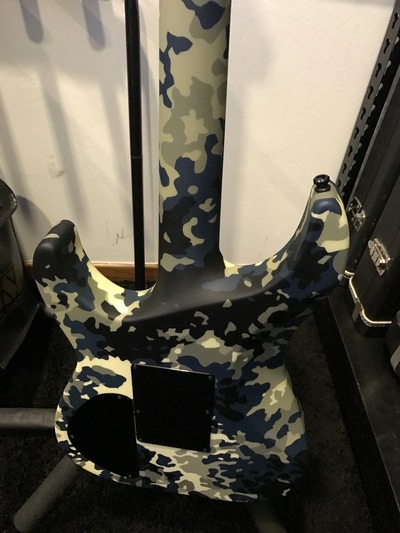 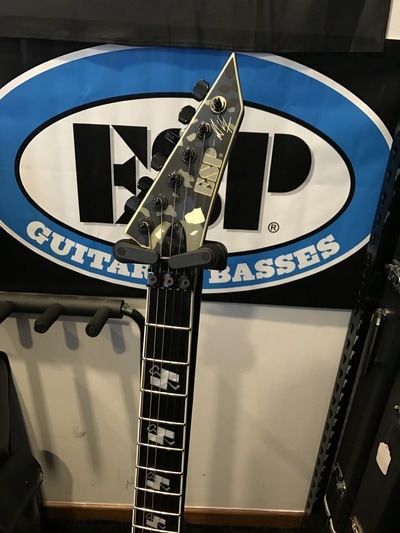 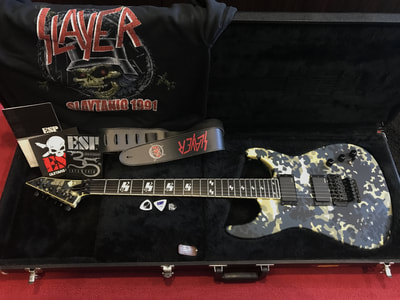 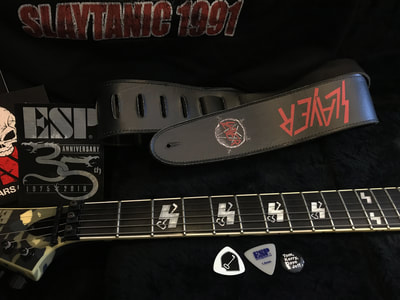 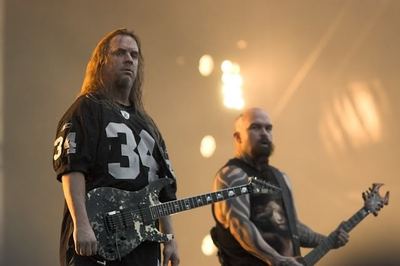 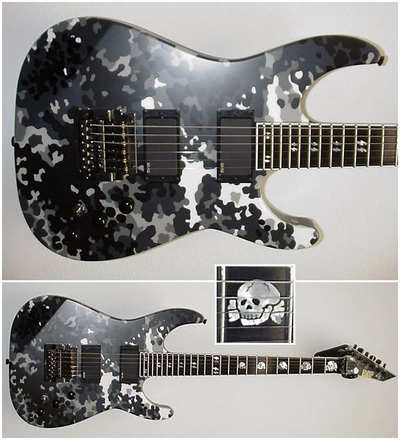 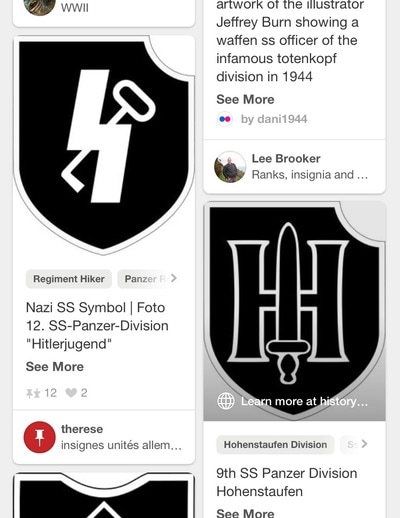 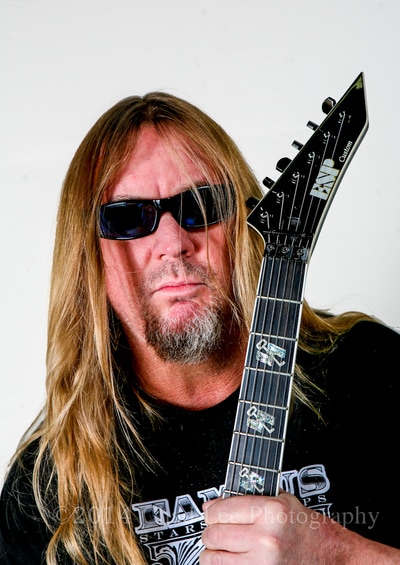