This is a very rare Justin Hawkins signature Gibson Les Paul Custom that I spent years looking for. Perhaps not many people know it even existed for sale to the public, as only very few (rumoured 10-15) were ever made aside from those commissioned by Justin himself. This model was offered circa 2004-05, when either due to the prohibitively expensive cost or disagreements between Gibson and Justin, production was stopped. Back then, to have a signature guitar from Gibson was quite a big deal for a relatively lesser known guitarist like Justin Hawkins. He was in the company of Jimmy Page, Slash and Tony Iommi who were the calibre of people who had signature Gibsons at the time.
Needless to say, I am a huge fan of this terribly underrated band. I was too young for Metallica & Megadeth at their peak and other classic rock bands, but The Darkness is a band I consider of 'my time' and that I can truly claim that I was there when they were first starting to get noticed. When they burst onto the rock scene, the popular bands of the day were like Matchbox Twenty or Creed, so as you can imagine I was elated that here was a band bringing the big classic rock riffs back. Quite unfairly, due to their image they tend to get pegged as a joke band. Steel Panther is a joke band. The Darkness is not a joke band. In my opinion their first 2 albums and also the 'Hot Cakes' reunion album are stone-cold rock classics. It was only after those that they started to slip.
I first saw them live on the 2007 'To Hell & Back' tour at Perth Metro club which remains the best concert I have ever attended. I have since seen them another 3 times, making them the group that I have seen the second-highest number of times. (no.1 =Megadeth because they tour widely and often) Given that the Darkness haven't been consistently active nor toured to very many places, this should be considered quite a feat of dedication.

It is basically a 1968 LP Custom reissue with abalone/MOP flame inlays, in silver sparkleburst. His own guitars had Bigsby vibrato bridges fitted, but it's just as well the production models do not. The sparkle finish is not a typical Gibson LP silverburst style. The sparkle effect is quite dramatic when the lights hit it. 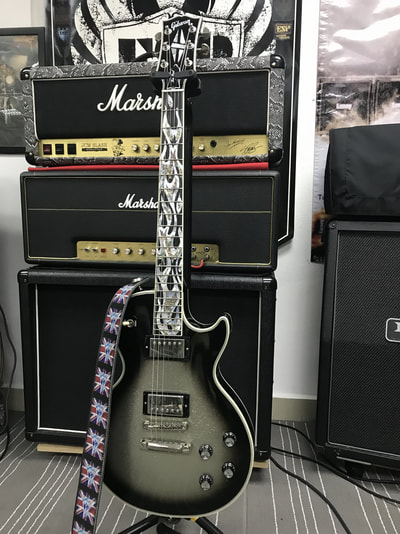 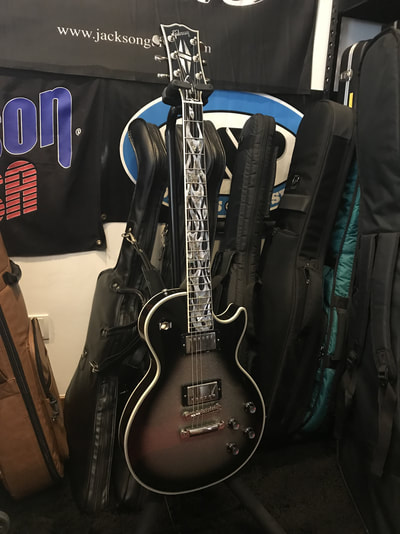 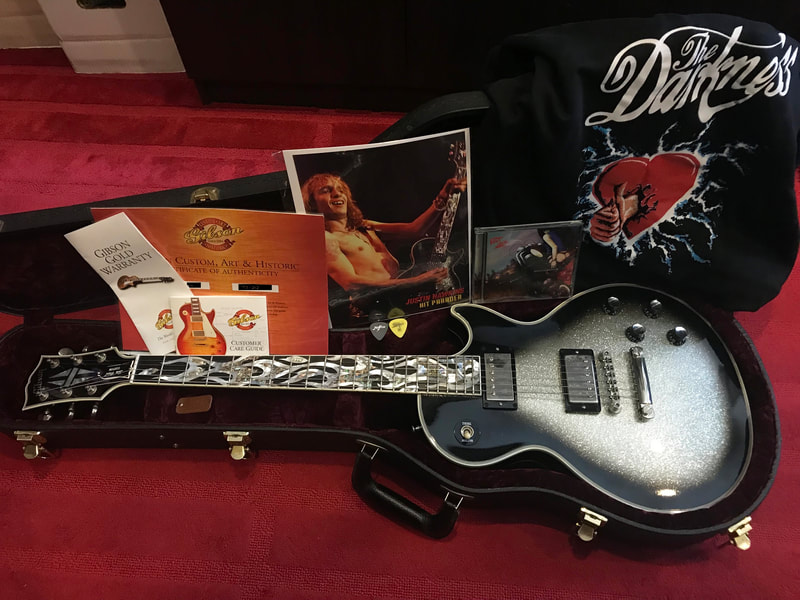 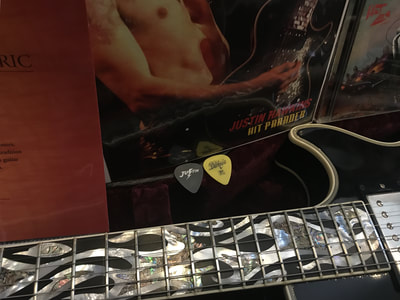 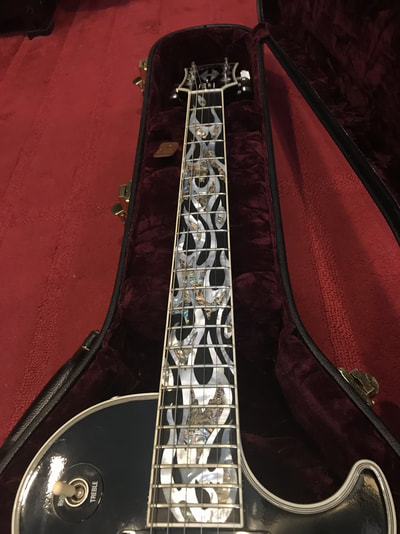 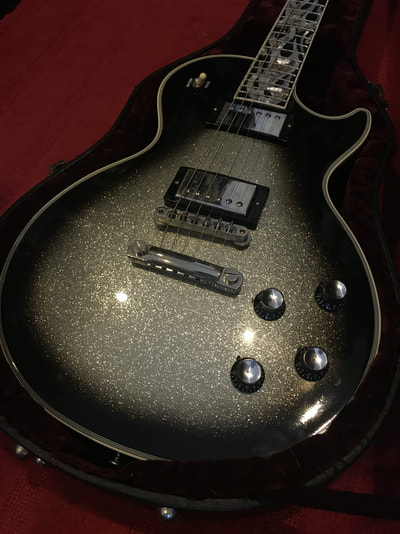 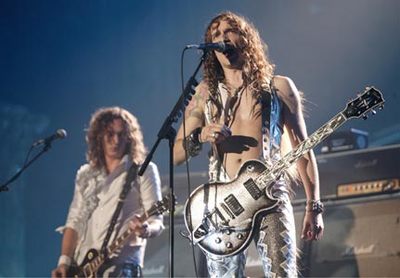 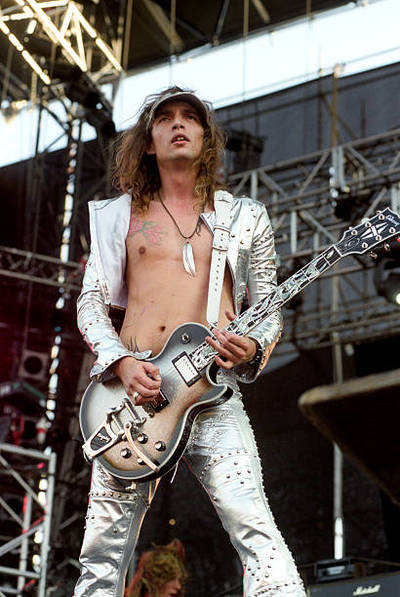 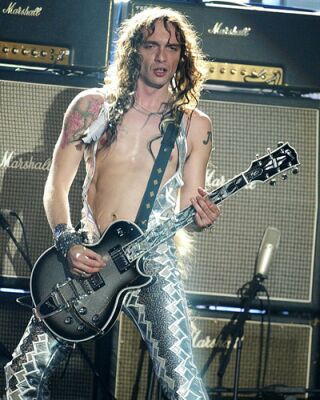 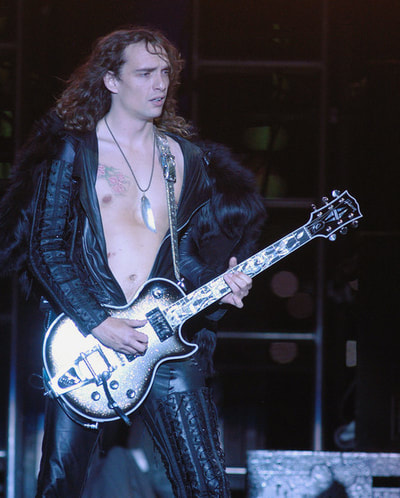 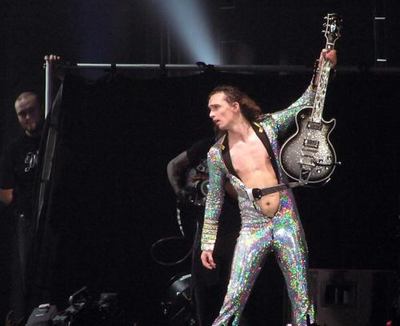 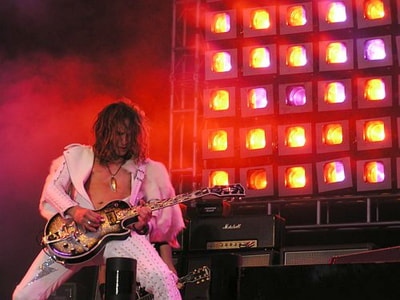 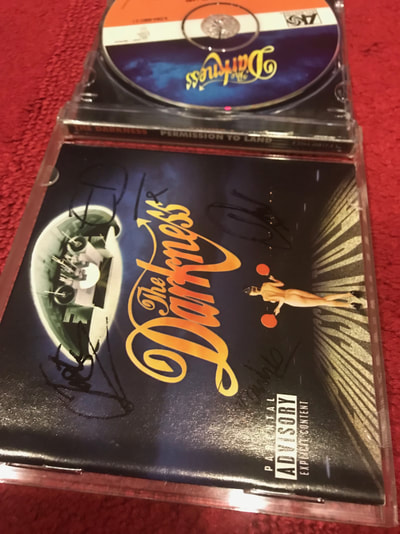